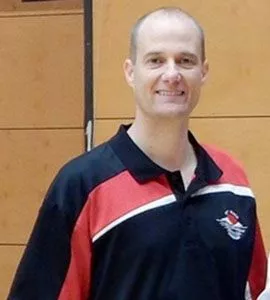 I took on the role of President of City Beach Basketball Club at the start of 2019. Prior to that I was a committee member for two years. I wanted to help the club continue to provide both boys and girls with the opportunity to play a team sport.

My family has been associated with CBBC since 2010 when my eldest son Lachie began mini ball with the club. My other two sons Noah and Jordie play for the club as well as referee and coach.

Over the years I have enjoyed coaching my sons in their CBBC teams as well as assistant coaching Perry Lakes Hawks junior WABL teams.

I grew up in Geraldton and peaked in my basketball career as a 10-year-old. Since then I have continued to enjoy playing at my below average standard and have not missed a season since 1995.

Outside of basketball I run my own environmental consultancy. 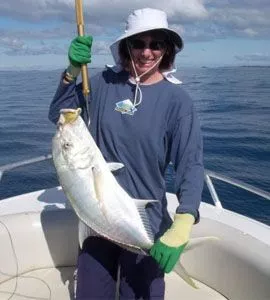 CBBC committee member since 2010, including six years as President, two years as Secretary and this is my third year as Vice President.

Almost my entire adult life has been spent volunteering on basketball committees – firstly with University Basketball Club while a uni student (for seven years!), then with the Karratha Basketball Association for 10 years.

I’ve been playing basketball for over 40 years, starting as a junior at Churchlands Basketball Club, then district for Subiaco and Wanneroo before playing for Perry Lakes Hawks WSBL (the original “Ladyhawks”) from 1987-1995.

But the highlight of my basketball career was winning the PMBL Monday Div 1 flag in 2019 with my three daughters in the team. All three have played for both City Beach and Hawks, two at SBL level.

Having coached numerous CBBC and a few Hawks State Champs teams over the last 14 years I’ve finally decided I’m a better administrator than coach. Outside of basketball I still play my other sporting love, softball, and, once I retire from CBBC, I’d like to get back into painting. 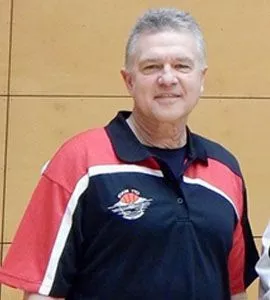 Committee member for five years, joining to add support to the club and youth basketball.

My CBBC role supports the committee’s growth plans including the new website and sponsorship program.

The Spoors-Jardine family have been involved with the CBBC since Lucy and Louis started as juniors seven years ago.

Assistant coach for a Perth WABL team and playing senior ball, having commenced as a 10 year old playing with Subiaco juniors too many years ago. Career highlights included playing District BB with Subiaco and Swan Districts.

Outside of basketball, Franklyn rides most weekends and works as a Business Development Director for a global company in the Oil and Gas industry. 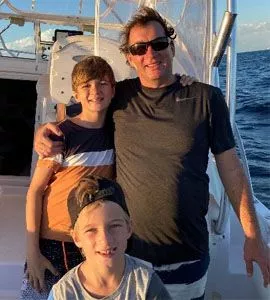 My role as the Treasurer is to prepare the annual budget for the club, record and monitor all spend and fees received, keep the committee up to date with respect to our financial position, facilitate discussions around equipment purchases and event spend and arrange the annual audit of financial accounts.

I have 3 children involved with the club – Olivia 17, Marley 15 and Nate 10. The two older children play and umpire.

I joined the committee in 2018 when the existing committee members had all been there for some time and were needing to move on as their kids had largely grown older and stopped playing. The Club was in need of new support so I was happy to put my hand up for that. 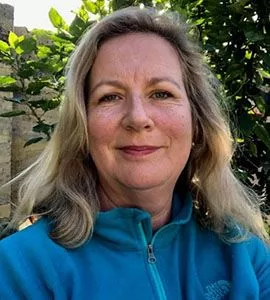 My role is to provide kit to all teams at the start of the season and collection of kit at the end of the season - This includes playing singlets and balls. The role also includes ordering new stock and keeping tab on all existing stock. I have 10 fantastic helpers from various teams who assist at different times throughout the season.

I have a 16 year old son who has played in the same team, with the same coach, since Year 2. I have never played basketball myself (and am still not familiar with all the rules – that arrow during games still confuses me!).

This is my sixth and final year as Property Officer. There were several people who had been on the committee for about seven years so I felt it was time that some could step down. I also felt that basketball had been such a positive experience for our family that I was happy to be more involved.

Prior to having children, I worked as a hospital based physiotherapist. In recent years I have “dabbled” in various things – uniform shop manager at primary school, English tutor for migrants, and involvement in various committees. 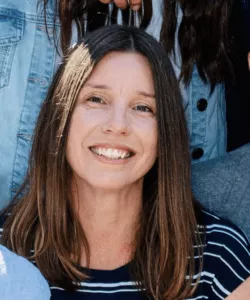 I have 4 children who have been involved in CBBC since 2014. Harry 16, Jack 15, Charlotte 14 and Olivia 13 enjoy playing a variety of sports as well as basketball and are members of City Beach and Perry Lakes Hawks. I am fortunate to be able to join the committee and give back to the sport that has given a great deal to our children.

I am a full time mum and prior to that my background is in Finance Business Partnering predominantly in the mining sector. I am currently enjoying splitting my time between a busy household, various committees and community projects. 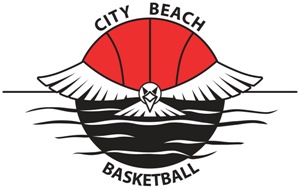